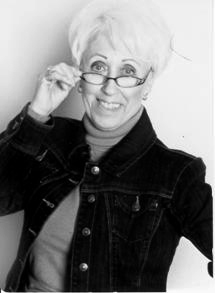 Lou Ann Young founded AYBT in 1974 and directed the company until her passing in 2017. Ms. Young earned her B.A. at Butler University and had extended training at the National Ballet School, Toronto, Canada. She was been on the Faculty of Ball State University since 1987, on the faculty of IU Summer Music School and master teacher of ballet at the Academy and seminars throughout the mid-west. Her credits included Artistic Director/Founder and Choreographer of Anderson Young Ballet Theatre, forty-three seasons; Artistic Director of Ball State Dance Theatre, sixteen seasons; Anderson University Musicals, twenty-six years; Highland High School, sixteen years; Professional Dancer, eight years and Ball State Summer Theatre, three years. Trained in Cecchetti and Russian Techniques, she was a student of Margaret Saul’s for over twenty-five years and was dedicated to her teachings and principles. Lou Ann was the recipient of the Deans Teaching Award for 1998 from the College of Fine Arts Ball State & presented the commencement speech for College of Fine Arts 1999. Nominated to WHO’S WHO Among America’s Teachers for 2000, 2005 & 2006. Lou Ann serves as Past President of Mid-States Regional Dance America and was one of the Directors-at-Large on the RDA National Board. Ms. Young was a member of Ballet Corps Internationale and works to promote dance with the American College Dance Festival. We miss her guildance and love everyday. 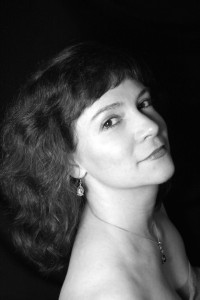 Jennifer Weatherburn Thiemet is a former principal dancer with AYBT with extended studies at Canada’s National Ballet School where she trained intensely in the Cecchetti Syllabus and attended the teacher’s training program.  She has studied with such master teachers as Alexandra Danilova, Margaret Saul, Jurgen Schneider, George Verdak, Gus Giordano, & Luigi.  She has performed with Walt Disney productions, Indianapolis Ballet Theatre and was a principal dancer with Lexington Ballet.  during her dance career, she performed the leads in such ballets as The Nutcracker, Giselle, Sleeping Beauty, Coppelia, Raymonda, and Romeo & Juliet.  Her musical theater productions include West Side Story, Sugar, Bye Bye Birdie, The King and I, South Pacific, The Sound of Music, and productions with American Cabaret Theater.  She was the winner of the Margaret Sear Rosenblith and Carey Rose Winski Scholarship Awards, and was accepted to Interlochen Music Camp.

Mrs. Thiemet’s teaching credentials include Anderson Young Ballet Theatre Academy, School of Lexington Ballet, School for the Performing Arts of Kentucky, and National Academy. She is currently on staff with Anderson University Dance Department.  Jennifer is looking forward to teaching her 26th season with AYBT Academy. 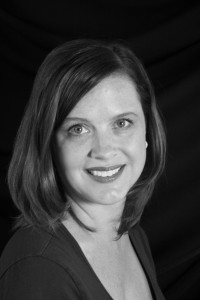 Catherine Sparks-Petraits is a graduate of Ball State University with a Bachelor’s Degree in Dance Performance in 1991.  With 37 years of dance training, Catherine danced eight of those years as a professional.  She was an apprentice and then resident guest artist with Dance Kaleidoscope from 1993-2000.  She also performed with American Cabaret Theater from 1992-1996 and Civic Theater in 2002.  As a costumer, Catherine was Assistant Costumer of Dance Kaleidoscope in 1992-1994.  Other companies she has designed for were Ball State University, Jordan Academy of Dance at Butler University, Dance Kaleidoscope, and Anderson University.  Catherine has continually done costuming for AYBT since 1992. 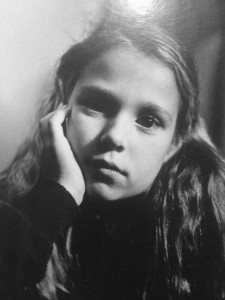 Rachel Kuhn is an AYBT company alumni who is honored to teach at AYBT Academy and to share her love of dance with a new generation of dancers.  Rachel completed her senior year with AYBT in 1990 while simultaneously apprenticing with Indianapolis Ballet Theater. Rachel then went on to study with Ball State University in the Dance Department, before majoring in psychology, a choice that led her into the field of social work and into her career as a behavioral therapist.  Throughout the years, she has been a substitute with AYBT Academy and especially enjoys working with the pre-school and lower elementary aged students.  Rachel is excited to work with our young dancers and hopes to pass along some of what Miss LouAnn taught her: an appreciation and respect for dance. 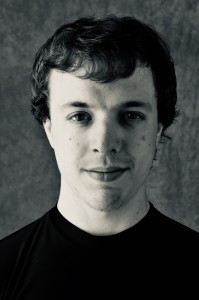 Cole Companion began his training at the Alabama School of Fine Arts in Birmingham, Alabama. After graduating with their highest honor, the “Prix D’excellance De Danse,” he has been a performing member of Alabama Ballet, The Arova Foundation, Birmingham Ballet Reparatory Company, Oakland Ballet Company, and Bay Pointe Ballet. Previous roles include Albrecht in Giselle, Tea Man in George Balanchine’s The Nutcracker, Principal in Alfonzo Figeroura’s Changes, Hues and The Awakening, Furbo In Graham Lustig’s Pulcinella, Russian in Bruce Steivel’s The Nutcracker, Michael in Bruce Steivel’s Peter Pan, and Puck in Bruce Steivel’s A Midsummer Nights Dream. As a choreographer he has created numerous works including The Allegory of the Cave, Our Best Decision, El Dorado, Les Biches, and The Cask of Amontillado. He is also an adjunct professor for choreographic composition at Anderson University, as well as Ballet Master and Technical Director for Ballet Theatre of Indiana. 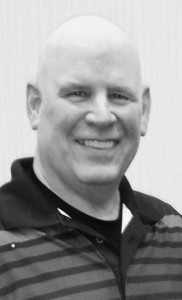 Ed Godby Schwab has over fifty years of dance experience in several styles of dance, including Jazz, ballet, modern and Ballroom. Ed first studied with Lynnette Schisla In Indianapolis, learning the Luigi technique. And later, went on to study with Luigi in New York City. Ed’s other influences were, Jack Copeland at Butler University and Robin Wilson of Dance Kaleidoscope. Rounding out his dance experience Ed also studied Ballroom Dance with the Mid United States  Dance Championships, Chuck Mason and Cheryl Bush.

Ed has taught classes and workshops through out the Midwest and danced in or choreographed shows from local high-schools to Off Broadway in New York. As an independent Ballroom dance instructor Ed offers private and group lessons at his own Studio, The Dance Center in Lapel, the Fishers YMCA and various other facilities in Central Indiana. Ed also participates in many fundraising  events, such as, Meals on Wheels of Hamilton County’s Dancing With Our Stars, where he has been a past recipient of both the Judges Choice and People’s Choice Awards. Ed has also participated in the Anderson Paramount Theater’s dancing like the stars fundraiser for the past nine years and has won the Judges Choice and People Choice Awards with past partners. Ed currently serves as an Adjunct instructor at Indiana University Purdue University of Indianapolis teaching Jazz and Ballroom dance. 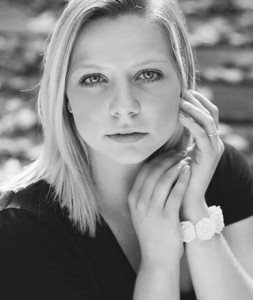 Natalie M. Middleton (Shively) is a 2015 AYBT Company alumni. This is Natalie’s fourth year as a staff member. Natalie has extensive training in the art of ballet, pointe, jazz, tap and modern dance. After graduating, Natalie has been pursuing a degree in Elementary Education with a concentration in Kindergarten/Primary, along with a minor in Dance Performance. With Ball State’s Dance Program, Natalie has studied the art of the Russian, Luigi, Matt Mattox, World Dance, and various other techniques, and was chosen to perform in Sidra Bell’s collaborative work entitled ​Regulate ​ in the Spring of 2016. She has studied with such master teachers as Nan Giordano, George de la Pina, Jamy Meek, and Sidra Bell to name a few. Her musical theater productions include: Anderson Mainstage ​Been There Scene That ​ and ​GYPSY ​ , Muncie Civic Theatre production​ The Wizard of Oz ​ , Booth Tarkington production ​Swing! ​ , and ​A Family Reunion to Die For ​ . She has performed in such ballets as well as excerpts from ​The Nutcracker, Cinderella, Sleeping Beauty, Coppelia, Raymonda, ​ and​ Don Quixote. ​ Natalie hopes to continue instilling her passion for education and dance to her students, and encourage lifelong learning. 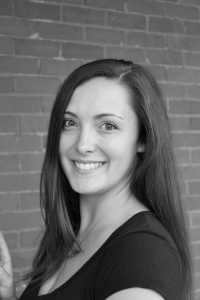 Amber received her dance training with AYBT Academy and is an AYBT alumni. She has also studied at Nutmeg Conservatory for the arts from 1995-1999. She performed La Bayadere, Les Patineurs, and Don Quixote along with many others under the direction of Sharon Dante, owner and founder of Nutmeg. She later returned to AYBT and continued her study of ballet, pointe, tap, jazz and modern dance. She has studied with such Master Instructors as: Victoria Mazzarelli, Joan Kunsch, Eleanor D’Antuono, Alexei Tchernichov, Kennet Oberly, Audra Sokol, and Michelle Kriner. Amber was given the opportunity to perform in such ballets as The Nutcracker, Cinderella, Paquita, and Sleeping Beauty. She was the recipient of the Kim Rheam Memorial Scholarship. Amber attended Ball State University majoring in dance. She has returned to share her love and knowledge that Lou Ann Young has given her, into the next generation of dancers. 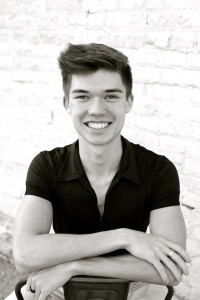 Gabriel began his training with Jordan College Academy of Dance, Performer’s Edge School for the Performing Arts, and Ballet Theatre of Carmel Academy where he was a student of the BTC Pre-Professional Day Intensive Program and a member of the BTC – the Pre-Professional Ballet Company of the Academy. Gabriel has been in the full-length productions of Swan Lake, The Nutcracker, The Sleeping Beauty, Firebird and Cinderella, Les Sylphides, Alice in Wonderland, The Little Mermaid, as well as several repertory pieces.  Gabriel is a scholarship recipient for the Summer Intensives of Ballet Austin, Colorado Ballet, Ellison Ballet and Pacific Northwest Ballet. Gabriel has been a guest artist at the Capitol Ballet Theatre, The Lafayette Ballet, and AYBT. Gabriel is the recipient of the Jacob School of Music and Dance Premier Young Talent Scholarship. 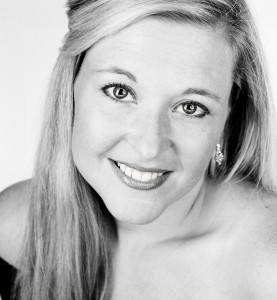 Jessica was born and raised in Anderson.  She is a former principal dancer of AYBT and was blessed to dance under the expert tutelage of Miss Lou Ann Young for over 20 years.  She danced, sang and taught at the Academy.  She performed the leads in such ballets as The Nutcracker, Nosferatu and Sleeping Beauty.  She was a member of the Highland High School Singers for 3 years. She was blessed to be the lead dancer in the premier of Le Voyage featuring Sandi Patty and Rick Vale.  She attended Ball State University where she majored in Early Childhood-Primary Education and minored in Dance. She was a 4 year member of Ball State Dance Theater and was honored to travel to Washington DC to perform at the Kennedy Center.  She also participated in Ball State University Singers her sophomore year.  Jessica Is also a talented musical theater performer and has been involved with Anderson’s Mainstage Theatre for the past 6 years.  She has graced the stage in many of their productions and is an award winning choreographer for the theater.   By day Jessica has been a Kindergarten Teacher in Pendleton for 16 years and by night she is a wife to Joel Cookston (recital photographer for the academy) and mother to her 4 children, Aaron, Alaina, Aiden and Austen.